Classes in Tai Chi Qigong & Zhan Zhuang, as I teach them, develop core principles of Tai Chi & Neigong primarily through the use of -

A common misconception about Tai Chi qigong & zhan zhuang I've noticed many people have is that it's just for elderly people. Unfortunately that assumption deters many people from engaging these practices - ways of embodied meditation until they are nearing the end of their life.

Many people practice and teach Tai Chi in a super casual way. Just repeating long preset forms & focus on preventing falls for elderly people. There is nothing wrong with that, if that is what someone wants.

However these arts can also be practiced & taught ( as I do ) with lower postures, longer zhan zhuang standing meditations, focused slower short movement flows to hone focus, foundational strength & principles.
Rather than repeating the same long preset forms over & over like a musician who just plays a cover of someone else's song repeatedly.

I began practicing these arts at age 17, and will continue engaging them consistently until I transition out of my body.
So for anyone from late teenage years on up, these arts can be positively challenging, enriching and worthwhile.

Ultimately Zhan Zhuang and Tai Chi Qigong are gently nourishing ways
of experiencing & exploring our embodying consciousness.
Attuning to the quietly spacious feeling awareness of wuji - emptiness realm of being.
Cultivated & enjoyed in the stillness of zhan zhuang standing meditation.

And from this source, also experiencing & exploring the Tai Chi realms
which express and are experienced through balance & interplay of complementary aspects of being.
Cultivated & enjoyed in the movement of tai chi qigong.
Also symbolized as yin & yang. Male and female. Inner and manifest. Etc.

Standing meditation & tai chi qigong moving practices can be beautifully nurturing and challenging.
These postures & movements are not as acrobatic in a sense as some yoga postures, calisthenics, etc.,
such as practices with one leg raised above ones head, inverted, hand standing, etc..
Yet there are unique & complimentary types of meditative, challenging & health promoting
qualities available in consistent, appreciative tai chi qigong & zhan zhuang practice.

Approaching these practices from more more than just a physical & external movement focus is important.
Engaging being & practicing consistently with an honest, appreciatively focused, quietly heartful awareness is key
to enjoying & benefiting from these seemingly simple qigong practices.

Long, pre-arranged forms or narrowly structured ideas of energy flow
through a multitude of meridian pathways
common to some systems of practice are not emphasized.
Rather, fundamental principles of harmonious embodiment,
movement, awareness and energy cultivation are explored, experienced & nurtured
through the practices of standing meditations,
aware abiding in ones' center,  "silk reeling" exercises promoting smoothness of flow,
stance training & related practices.

Classes typically focus on opening into zhan zhuang for a core duration of class.
And focused exploring & deepening into one or just a few movements in order to deepen
experiential feeling embodiment of principles inherent within any movement.

Although it is an equally valid way of practicing & teaching these arts,
the classes I teach do not focus on long, prearranged forms.

While it may feel uncomfortably challenging, boring or externally simple initially
or with only minimal or irregular practice according to ones' interpretation,
spending focused time opening & relaxing into embodying wuji & tai chi principles
through zhan zhuang and single and short sequence flows allows for a deepening of presence in the present.

Competitive perspectives about ones abilities, progress or "mastery" of the art in form or function
are not relevant to these arts and classes, as I practice and teach them.
To worry or compare where we believe or are told others are,
relative to ones' own being in the present moment
are distractions. It is not a competition.

The focus of these practices is simply on relaxing into &
nourishing ones' own being & life in the eternal now.
Being & relating wiith appreciation, love, honesty, healthy exploratory growth and harmony. 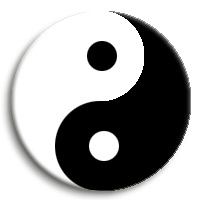 But true listening is a rare skill.
​Usually, the greater part of a person’s attention is taken up by their thinking. At best, they may be evaluating your words or preparing the next thing to say. Or they may not be listening at all, lost in their own thoughts. "
Eckhart Tolle